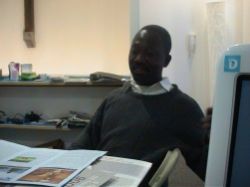 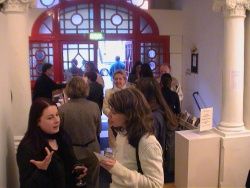 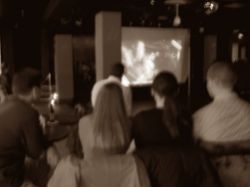 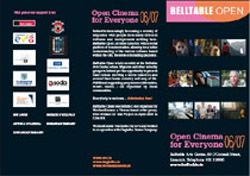 
From a historical perspective, Ireland has long been an emigration country. During the nineteenth century a great number of inhabitants left the country on account of the famines: the population sank from eight to four million. It was not until Ireland joined the EU that its economy took a decidedly positive turn. Since 1996 Ireland has even become an immigration country. There is now more immigration than emigration, with all of its inherent advantages and disadvantages, such as the misunderstandings that can result from the meeting of varying cultural experiences and prejudices.

Limerick, with a population of 80,000 the country’s third largest city, is also booming and investing heavily in its economy – much more, at least, than in integration projects or cultural programs. For example, Limerick has no cinema in its city center. The independent cinemas were simply not able to compete with the mainstream movie business, and for lack of public funding they were forced to close their doors years ago. All that remained was the Belltable Arts Centre, which in addition to its regular exhibition and theater program presents independent films once a week. Limerick has two multiplex cinemas on the edge of town that feature the big Hollywood productions, just like the rest of the world.

Because cinema and film are important cultural catalysts, WochenKlausur conceived an additional monthly film event for immigrants at the Belltable Arts Centre carrying the name Belltable Open. Every month, immigrants from a different country would be given the opportunity to arrange screenings on a free evening. In order to arrange showings of the movies selected by the immigrants, WochenKlausur contacted film distributors, production companies, festivals and directors around the world, negotiating with them for access to prizewinning films free of charge. A free admission policy enabled everyone to see the films, regardless of income. The group also succeeded in organizing buses to transport people from the city’s three refugee centers to the evening film events.

On 31 Mai 2006 the Belltable Open went into operation with the Polish film Oda do Radosci (Ode to Joy). The film describes the consequences of the widespread exodus of young people and intellectuals from Poland. Further events were organized in cooperation with immigrants from Romania, the Congo, China, Hungary, Lithuania, Russia, South Africa and even from the host country itself: Traveller Community, a film dealing with an Irish minority, was also shown.

For discussions of the current political and cultural situation, organizations from the various immigrant communities – such as the Irish-Polish Society, Doras Luimni or the Romanian Community – organized accompanying programs held after the screenings.

Ultimately, WochenKlausur turned over the Belltable Open to Declan McLoughlin of the Belltable Art Centre. Thanks to widespread media coverage and the large audience in attendance at the first event, the City agreed to provide funding for a project coordinator who will manage the continuing operation of the film series.