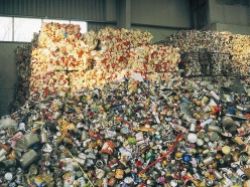 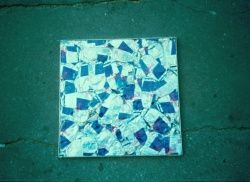 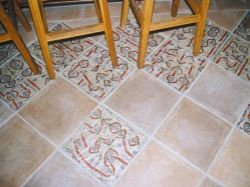 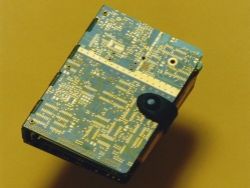 
Today’s employment world is confronted by a fundamental problem: on the one hand, unemployment figures are rising; on the other hand, there are numerous tasks – particularly in the ecological and social fields – that cannot be carried out because money for the necessary infrastructure and workforce is supposedly unavailable.

As a paradigmatic contribution to the development of new fields of occupation, WochenKlausur created a small enterprise specializing in the networking of designers with business. The venture created new jobs in the field of upcycling.

Upcycling is a process in which discarded or unused materials are used to create new products: bags from old truck tarps, CD covers from old records, office supplies from defective circuit boards or Christmas tree decorations from aluminum cans. These are just a few examples of the possibilities presented by a field where there is still much pioneering work to be done: waste materials are often suitable raw materials for the creation of new products.

At the start of the project WochenKlausur engaged in numerous discussions with experts from the fields of ecology, advertising and new technologies. It was important both to assemble a pool of designers with experience in utilizing waste materials and to find fabrication workshops and potential customers.

The plan of opening a new entrepreneurial field was even put into action during the project: an Austrian brewery commissioned a floor made out of pressed aluminum cans for a taproom in Linz. This first commission exemplified the project idea perfectly, since the defective beer cans, which could not be used for their original purpose, were provided by the brewery itself. The role of the newly founded cooperative was to bring the brewery together with a designer, to draw up a contract between the two parties and to accompany production of the flooring from the prototype to the finished product. Furthermore, it was possible to arrange a method of payment in cooperation with the participants that could be applied to the next commissions.

This first commission was carried out to the satisfaction of all involved parties. Subsequently, promotional gifts made out of cellulose were commissioned, and a recycling company agreed to cooperate with a number of young designers in the future. At the project’s conclusion, a qualified manager from the eco-business sector was found to oversee the cooperative’s operation.