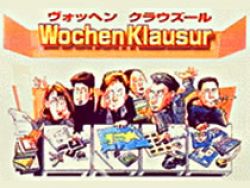 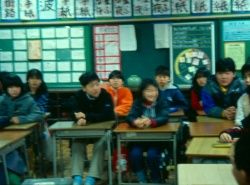 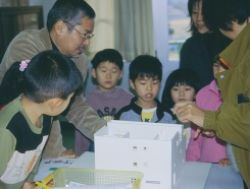 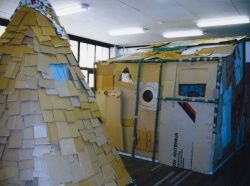 In Japan WochenKlausur founded an agency for augmenting traditional instruction in schools. It offers a wide selection of “learning by doing” projects. The idea was to expand the overall theoretical education in Japan, initial resistance against gave way to more and more acceptance and understanding of the advantages.


Pupils in Japan spend most of their time preparing for exams, whereby predominantly theoretical material is dryly lectured and drilled. Acquiring knowledge independently and playfully by accomplishing practical tasks is not usual in schools.

Thus, at the invitation of the Museum City Project, WochenKlausur founded a nonprofit organization, an agency that offers a wide variety of proposals for “learning by doing”. Guided by an expert in the area being dealt with, the pupils make use of their creativity to accomplish tasks. Projects are offered in a wide variety of fields: the agency arranges complete packages including well-defined objectives, supervision by experts from outside the school, the necessary materials and tailor-made plans for conducting the project over the course of several days.

Initially the idea was met with skepticism. Presentations held at school events and conferences, for local associations, at city hall, at the university and even in shopping centers were of little help. Even the group’s offers to do sample projects in schools free of charge were not taken. In Japan, changes traditionally must be brought about through accepted channels. A long period of time is needed, and with an educational reform approaching in 2002, no one seemed very interested in disturbing the status quo.

he situation improved markedly at a press conference presenting the idea to the media, where the group thanked a school principal in attendance for his willingness to cooperate. Apparently there was a misunderstanding or something was lost in translation. The group’s thanks only referred to the discussions the principal had participated in up to that point, but suddenly he confirmed – probably out of politeness – that there would be a trial run at his school. Everything was ready to go, and a few days later twelve-year-olds were working with a journalist on the sports page of Japan’s biggest daily newspaper, Nishi-Nippon. At the beginning of the three-day experiment, the journalist explained the organization of his newspaper. To give the pupils more insight into its operation, he gave them a tour of the paper’s editorial offices. Then the pupils wrote their own articles, invented headlines, selected photos and designed their own layout.

Following this example, it was possible to convince two more schools to participate in pilot projects. At one school, pupils constructed cardboard buildings with an architect, while at the other pupils were supported by a professor from the economic university in creating advertising for small shops.

Today the Agency for School Activities with Professionals (ASAP) is a self-sustaining operation. It sells its packages to schools and supervises the smooth execution of the projects while continually expanding its range of products and recruiting new experts. Thus many school classes are given a chance to acquire knowledge actively in projects that provide a change of pace from the usual frontal instruction.