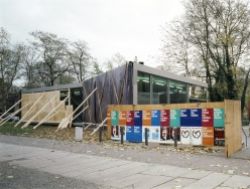 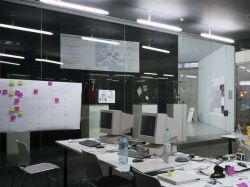 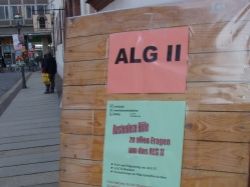 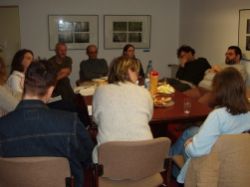 Within the framework of the exhibition Shrinking Cities – Interventions, WochenKlausur developed a model under which long-term unemployed people can design their own “one-euro jobs”.


Against the vehement protest of the trade unions, a law was passed in Germany to reduce unemployment by reforming labor-market policy. Under the new law, associations, public institutions and private enterprises can requisition long-term unemployed people to do work that serves the public good. Unemployed people are assigned to these so-called “one-euro jobs” for six months, even if they have no training or skills related to the task at hand. Refusal can lead to a cancellation of unemployment benefits. Frequently these “publicly paid work opportunities” are perceived as coercion.

This is where WochenKlausur began its work. If people are to be assigned jobs to avoid losing their unemployment benefits, then they should at least be able to choose a suitable activity. They should create and define their own “one-euro jobs”.

Following several rounds of negotiations with WochenKlausur, the Leipzig Employment Agency agreed to the execution of the first four pilot projects and guaranteed that follow-up projects could be organized. Thus it was possible, within the relatively inflexible new employment law, to make more options available to people categorized as long-term unemployed. Their qualifications and their personal and professional developmental interests will be taken into account in bringing them together with their new “employers”, i.e. the nonprofit organizations that have committed themselves to cooperate in the effort.

Finally, WochenKlausur succeeded in making arrangements for the Leipzig Unemployed Persons’ Association to continue supporting unemployed people in avoiding arbitrary assignment to one-euro jobs by making their own suggestions for purposeful employment.