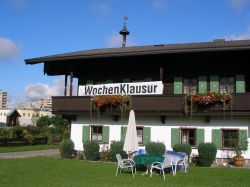 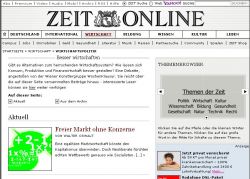 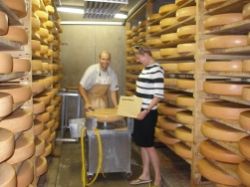 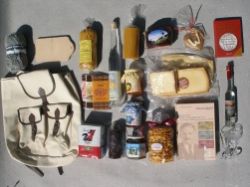 In summer 2007, in remembrance of the "Wörgl Experiment", the artist group WochenKlausur initiated a discourse in progress. Domestic as well as international experts were asked to react to an preceding article with their comments dealing with the topic "social economy".


For the Austrian city Wörgl WochenKlausur developed in summer 2007 an overly theoratical project. The Tirolean community made history as far back as 1932 when - in response to the inflation and depression at the time - it launched its own currency which stimulated the local economy and diminished unemployment rates drastically: minus 25 % in one year. But the "wonder of Wörgl" was stopped soon: The Austrian national bank took legal proceedings as this institution alone was entitled to print money.

75 years after this experiment local currencies like the Sterntaler (Berchtesgadener Land), the Roland (Bremen) or the WIR (Switzerland) become popular again. People are still in search of alternatives to well-established economic models: regional and global, pragmatic and utopic ones. The use and necessity of the preferred currency or exchange systems are being contested, whereas others have called for the reshaping of the financial markets and the equal tax treatment of capital and work income.

To keep track of this yearning for prudential, prospective and social economy WochenKlausur invited internationally renowned experts to start a discourse in the form of a chain. Commentary began with an opinion by the renowned analyst Helmut Creutz. His article defended the use of local currencies also for today. Professor Gebhard Kirchgässner from the Swiss University of St. Gallen wrote contrary to Helmut Creutz. Then Brigitte Unger, University Utrecht, replied followed by Götz Werner (Head of the drugstore chain DM), Stephan Schulmeister (Economic Research Insitut, Vienna) and Adalbert Evers, Professor in Gießen. Like "Chinese whisper" the text chain went from one to the other.

In exchange for their contribution the authors did not receive a simple honorarium. Alternative exchange systems in mind, all the concerned persons got an exclusive gift-box with products from Wörgl and its surrounding area, sponsored by regional companies. This alone intrigued Guido Hülsmann from the University Anger and brought him on board.

All the articles, from start up to date, are featured on weitsichtig-wirtschaften.woergl.at in the online editions of the Austrian daily newspaper Der Standard as well as the German weekly paper Die Zeit. A working group under Günther Moschig, Kunstverein SPUR in Wörgl, took over the ongoing organisation.