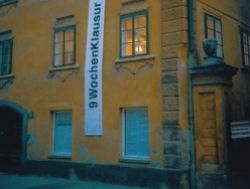 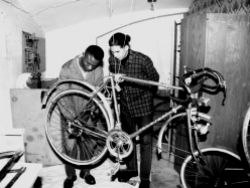 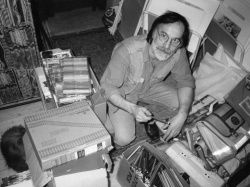 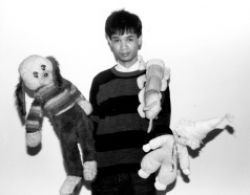 As a means of circumventing strict legislation concerning foreigners, seven immigrants were commissioned to produce Social Sculptures. The project assured the participants legal residency in Austria and helped kids and pupils in Kurdistan and Bosnia.


Work and income are fundamental aspects of integration into a society. Thus WochenKlausur concentrated in Graz on facilitating legal labor opportunities for foreigners who cannot return to their home countries because of political, ethnic or religious persecution.

In order to pursue an occupation legally in Austria, foreigners must have a work permit. At the time of the project, the Minister of Social Affairs was empowered to set a yearly quota for the number of work permits issued. It was impossible to apply for even a single extra permit. Thus the group made use of a special arrangement for foreign “artists”. The following special provision in the Austrian immigration code allowed artists to remain in the country without a work permit as long as they could prove that they lived from their artistic activity alone: “Foreigners pursuing activities that are primarily of an artistic nature need no work permit insofar as their livelihood derives from the income yielded by their artistic activity and they pursue no other gainful occupation in Austria.”

Ten years later, on 1 January 2006, a stricter law excluding this provision went into effect. Nevertheless, the legal situation in 1995 made it possible for WochenKlausur to add seven foreign “artists” to the number refugees working legally in the country. It was necessary to find patrons who would provide the “artists” with an income by commissioning them to produce “Social Sculptures”. The commissions and their honoraria provided the proof of income required for the refugees to take advantage of the exception made for artists.

Each Social Sculpture would consist of preparing aid materials for relief efforts. For example, the Kurd Hoshyar Mohiden was commissioned to produce the following Social Sculpture by the advertising agency Croce & Wir: for a year, he was to collect baby food for the Kurdish cities Dohuk, Erbil and Sulemanija – the more, the better. Other artists collected children’s clothing and school materials for Bosnia, or they repaired old bicycles for the Students’ Association of the University of Graz.

In order to support the assertion that art was being created, all of the works were presented to the public in the exhibition “Project Social Sculpture”, which was presented within the framework of the cultural festival steirischer herbst 96. Afterward the materials were transported to their destinations by relief organizations. Through the project the refugees secured legal residency in Austria for one year. Several of them (especially the Bosnians) later returned to their home countries. One of the participants married in Austria, and two others obtained further commissions as artists.
Barbara Baier, Martina Chmelarz, Andreas Leikauf, Katharina Lenz, Stefania Pitscheider, Erich Steurer, Wolfgang Zinggl