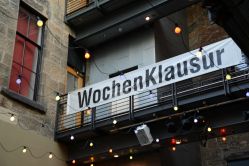 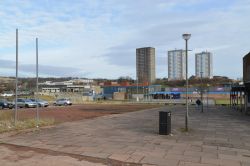 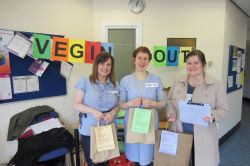 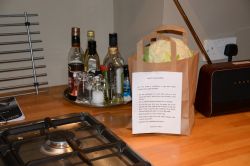 Invited to do a project within the frame of the ECONOMY exhibition WochenKlausur decided to help a group of unemployed women to start their own business in Drumchapel, an area of high deprivation in Glasgow.


Through research and from conversations with local organisations WochenKlausur learned about Glasgow’s ward Drumchapel which is one of the most deprived communities in Scotland. Effected by the macro-economic situation, it suffers from an especially high unemployment rate. Entrepreneurs are leaving the area since the late 70ies, leaving back families who are facing unemployment now in the third generation.

This brought WochenKlausur to the idea to encourage a group of unemployed women - a still under-represented group among entrepreneurs - to start a cooperative and by doing so, establish their own employment in the neighbourhood.

Through the local organisation Drumchapel L.I.F.E contact was made with interested women who agreed to give the idea to start their own local business a try. Possible business structures as well as business ideas were discussed in a series of meetings with them. Through these conversations and further research one issue became evident: some areas of Glasgow record high levels of mortality caused in part by a poor diet. A mapping process proved the fact that Drumchapel is one of the areas where access to fresh fruit and veg is highly limited and a lot of cooking skills and confidence has been lost due to an increased reliance on frozen or fast food.
In accordance with this findings the women agreed to reply to this issue with their business idea and decided to progress the idea of opening a shop to sell ‘meal bags’: bags with the exact portions of fresh vegetables and ingredients according to simple recipes – so that healthy cooking at home is made easier.

To provide the women with the basics of needed skills like business planing, marketing and accounting WochenKlausur arranged the support of experts from universities, colleges and other organisations and businesses. A lot of them agreed to offer help in form of training and workshops, some of them also offered to give hands-on support whenever needed. Meanwhile a test-run was held successfully in Drumchapel. Through negotiations with a local real estate agency the women have been offered the chance to possibly take over a shop in the heart of Drumchapel, for the first three month free of rent and on a reduced rent for the first year. The premises is expected to be available from Autumn 2013 on. A group of Architecture students from the School of Arts agreed to design and furnish the shop on a voluntary basis together with the women. A teacher from Glasgow City College and his students will design the branding for the cooperative according to the women´s brief. Also a lot of funding options were researched and several applications have already been drafted and are ready to be submitted by the women´s group to achieve the necessary capital to start their business.

In order to provide the women with a continuous on-site support a facilitator was put in place. This position will assist them through the process of team building, the process of setting up the business, organising the needed training and workshops with the experts and to give the women the skills, confidence and support that is necessary to make it a viable operation.