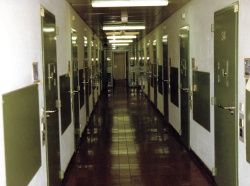 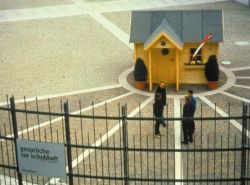 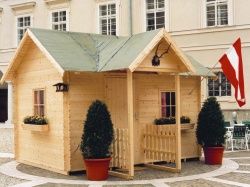 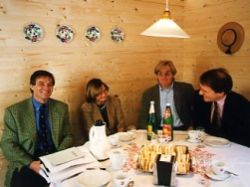 In 1996 WochenKlausur opened a coordinating agency at the Salzburg Police Detention Center that provides social and legal assistance to inmates detained pending deportation.


The Salzburg Police Detention Center is one of the largest deportation detention facilities in Austria. From a legal perspective, detention pending deportation is not a form of penal incarceration, but an administrative procedure implemented by the authorities to facilitate the deportation of people illegally residing in the country. Nevertheless, conditions in deportation detention are significantly worse than they are in any correctional facility. The group’s initial research for the project, in which relief organizations, counselors, lawyers, detention inmates and former guards were interviewed, confirmed the rumors that were circulating about inhumane conditions. Many of the inmates were not informed of their status or of their rights. The food was inadequate and the inmates could only shower once a week. They spent up to six months in very close quarters without any occupation, without radio, without anything to read, without even a watch. Even the most basic hygienic articles were lacking, and there was no possibility for laundering clothing.

In order to improve detention conditions, the group worked toward establishing a social service agency in the detention center to coordinate the efforts of the various initiatives involved with deportation detention. At first the police were not to be convinced. Thus WochenKlausur organized discussion groups with key representatives from politics, the media, scholarship, the churches, police authorities, the Ministry of the Interior and relief organizations. These discussions were held in a tiny cottage built especially for the purpose in Salzburg’s historic center. The cottage caused quite a bit of excitement and protest, succeeding as a “public nuisance” in attracting media attention to the deplorable conditions at the Police Detention Center, which had long remained ignored despite numerous attempts to bring about improvement. Legal action was even taken against the cottage, and the public interest thus attracted was also focused on the issue behind its construction. In the end, the talks regarding conditions in deportation detention led the police chief to allow the establishment of a social service agency in the facility.

The Protestant Refugee Service agreed to oversee the agency’s permanent operation. Since then each inmate was assigned a volunteer counselor, and thus it was possible to ensure that basic social, legal and hygienic services were available. After the police administration agreed to the creation of dayrooms in the detention center, WochenKlausur found donors and sponsors for fitness equipment, table soccer games, television sets and radios as well as board games, books and newspaper subscriptions in a variety of languages. A telephone was installed, with the social service agency providing telephone cards according to need.

After 13 years of work, the Austrian Ministry of the Interior required the stop of the Protestant Refugee Service.